News Article: Feast of the Clowns at Burgers Park festival 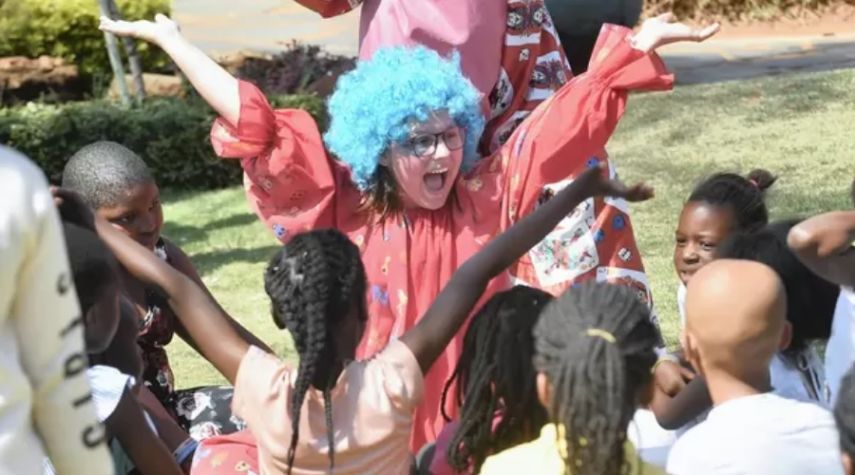 Pretoria – The usually not-so-busy Burgers Park was on Saturday bustling with activity when the Feast of the Clowns festival returned for its 20th event, hosted by the Tshwane Leadership Foundation.

Featured Photo: A CLOWN entertains a section of the crowd during the 20th Feast of the Clowns festival hosted by the Tshwane Leadership Foundation at Burgers Park. Thobile Mathonsi African News Agency (ANA)

Hundreds of parents, children and people of all ages flocked to the park for the community festival created to contribute to the regeneration of the city, celebrate the cultural and social diversity, and create a space for local artistic expression.

It was the culmination of a week-long festival which also sought to raise awareness about social issues affecting children living in the city and encourage stakeholders to create a vibrant and healthy city for children.

One of the festival’s main attractions was a 2km Parade of the Clowns – a colourful street parade showcasing participants in clown costumes and some in eye-catching traditional attire.

A number of activities were showcased, including music, art, fashion, entertainment, food and handicraft. Children were also called to the stage to showcase their moves for different prizes.

Lethabo Makwela from Mamelodi East said she has been attending the festival for the past five years, and it always presents her with a chance to unwind and relax. “I make it a point that I don’t miss it. It is a great event, especially considering the fact that it is for a good cause. What I love most about it is the vibrant mood and the loud music; it has become a family day for me and my children,” she said.

Valencia Mtabane and her friend Petunia Letsuku said: “This is our vibe. We love the food, the music and the crowd. It is really nice here.”