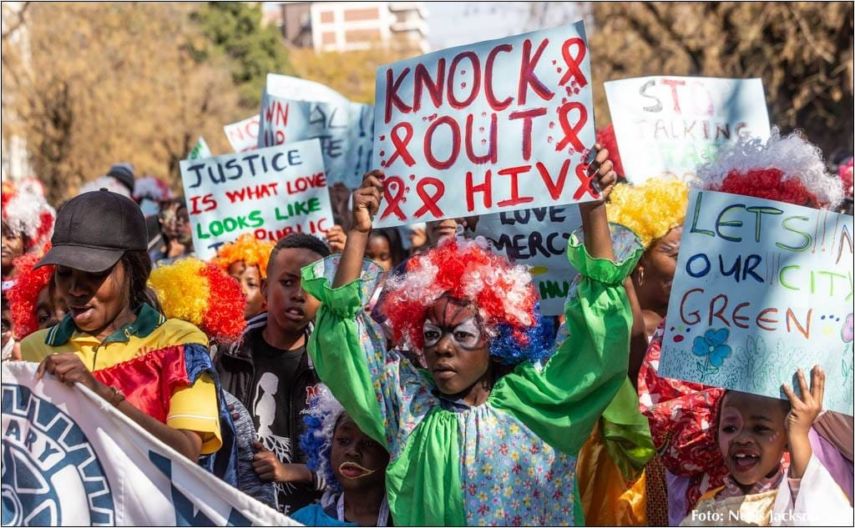 “We lamented that the City is continuously erecting higher fences in the name of safety because this breaks down communities.”

The Tshwane Leadership Foundation celebrated the cultural and social diversities of the inner city at Burgers Park at the weekend.

The celebration, Feast of the Clowns, was held for the 20th time and attracted thousands of residents of the city.

“It is difficult to estimate how many people attended the feast, but [we estimate] roughly over 3 000,” said the foundation’s Wayne Renkin.

Renkin said the festival was open to all the people who called Tshwane home “whether you live in the street or in a big house”.

He said the festival on Saturday was able to show what an inclusive city could look like.

“Saturday displayed how possible it was for people from all spheres of life to be able to enjoy music and games while seeking social justice and becoming more aware of issues in our communities.”

He said residents from diverse backgrounds were offered a platform to participate and enjoy open engagements about social justice issues such as homelessness, mental health, gender, human trafficking, green cities and children’s rights.

Renkin said the festival further aimed to demonstrate that the homeless also wanted to be active participants in society.

“They are not criminals; lazy, hopeless and dirty.”

He said at the festival, the homeless participated in the planning and the implementation of the celebrations.

“They play a huge role in keeping it safe as safety marshals during the march from Burgers park to City Hall.”

The march was to express disappointment at the Tshwane metro building fences that continued to rise, showing less care for its people.

“We lamented that the city is continuously erecting higher fences in the name of safety. But this breaks down the community, as safety is not brought about by fences, but by healthy communities.”

At the event, participants were able to donate blood, get tested for HIV, TB, and diabetes.